What You Should Do

Design a sheet of wallpaper by imaging, since wallpaper is a product, “who would use the space and how” and remembering the contest theme of the “Joy of Design”.

Wallpaper is meaningless on its own. Not until it is pasted on a wall does it fulfill its said purpose.
And, that purpose can be anything – to make a hospital more cheery, a hotel something to remember, a classroom more inviting to open discussion or an office more conducive to streamlined work flows. A single sheet of wallpaper can instill an air of comfort or change a person’s mood.
That said, before actually designing anything, you should think about your wallpaper not just as a product but also in terms of the purpose and desired effect you want it to have in the space you imagine, and put your design concepts down in writing. 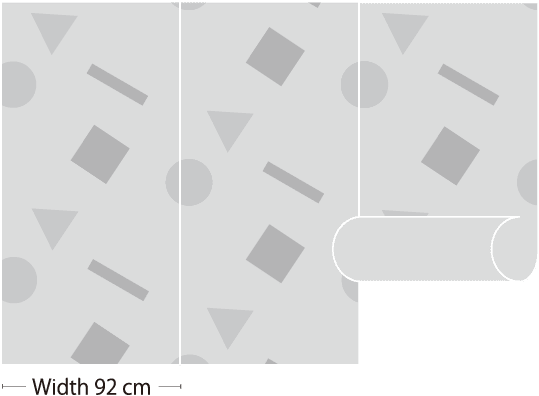 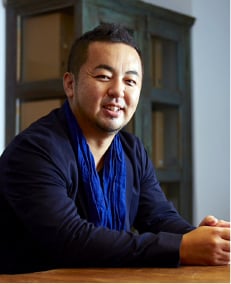 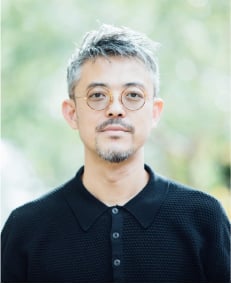 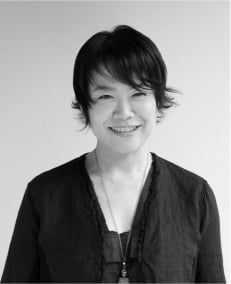 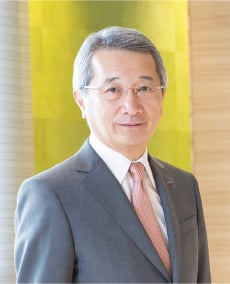 The competition is available to all regardless of the company, organization, individual, group, age, gender, occupation and nationality.

Final Round ：
On the same day that finalists give their Final Round presentations, a ceremony will be held to announce winners and confer awards.
The results will be posted on the official website of the competition at a later date. 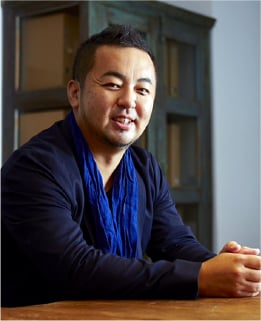 Naoyoshi Taniyama was born in Nagoya in 1973. After graduated from the Department of Scenography, Space and Fashion Design, Musashino Art University, he joined an interior design company, Super Potato. He worked on several hotel projects, such as Grand Hyatt Tokyo and Hyatt Regency Kyoto. In 2011, he established his own company, NAO Taniyama & Associates, which embarked on some very interesting projects, including Toranomon Hills, Hilton Tokyo, Dominique Bouchet Tokyo, Ruby Jack’s Steakhouse & Bar, Septieme, Grand Hyatt Hotels in Tokyo, Dalian, and Manila, Hyatt Regency Beijing Wangjing and Wagyu Steakhouse of Twin Pams Hotels & Resorts. Now he has been involving in several ongoing hotel projects in many countries which including in Japan, as well as Asia and Middle East. 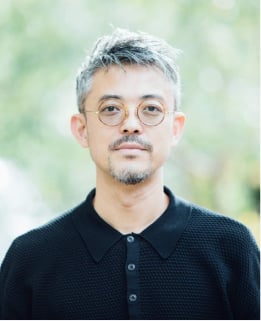 Ryosuke Uehara was born in Hokkaido in 1972. After graduating in design from Tama Art University, he worked for the graphic design company DRAFT until, in 2012, founding KIGI with long-time collaborator Yoshie Watanabe. Over the years, Uehara has continuously sought new ways to be creative through artwork for businesses and brands, product design and “KIKOF”, a brand he launched in cohort with traditional handicraft artisans in Shiga Prefecture. In 2015, he opened an original shop and gallery called “OUR FAVOURITE SHOP” in Shirokane, Tokyo. Uehara also plans exhibitions and events, and puts a lot of energy into creating “places” for flaunting the imagination. His achievements include the Tokyo ADC Gran Prix, Members’ Award and 11th Kamekura Yusaki Award. In July 2017, he staged a large-scale solo exhibition at the Utsunomiya Museum of Art under the title of “KIGI WORK & FREE”. At the Daichi Art Festival “Hojokishiki” of the Echigo-Tsumari Art Triennale 2018, he presented his work “Standing bar Yoigoma”. Uehara won the ADC Members’ Award in 2019 for a serial project he did with “Yoigoma”. He has won numerous awards, including the Tokyo ADC Gran Prix (2015), 11th Kamekura Yusaki Award, NY ADC GOLD, One Show Design GOLD at home and abroad. Uehara is a member of the Tokyo ADC, JAGDA and AGI. 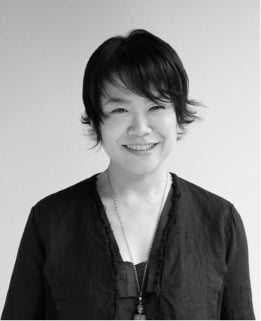 After graduating from Musashino Art University’s Junior College of Art and Design, Yoko Ando worked as part of the creative staff for Nuno Corp. until 2011 when she founded Yoko Ando Design. As an independent designer, she has collaborated with many architects by producing original textiles for a variety of architectural spaces.
Some of the biggest collaborative projects she has been involved with in recent years include the ‘Minna no Mori’ Gifu Media Cosmos” (2015), National Taichung Theater (2005-) with Toyo Ito & Associates Architects, Minakata Kumagusa Museum (2016) with Coelacanth and Associates (CAt), Art Museum & Library, Ota (2017) with Akihisa Hirata Architecture Office, Nicca Innovation Center (2017) with Tetsuo Kobori Architects, Yokohama City Koyasu Elementary School (2018) with Riken Yamamoto & Field Shop, Fukuoka Bar Association Building (2019) with Furumori Koichi Architectural Design Studio, Seibu Railway’s new “Laview” express train 001 series (2019) with Kazuyo Sejima Architectural Design Office and Kyoto City KYOCERA Museum of Art (2020) with architectural team Jun Aoki and Tetsuo Nishizawa.
Ando also worked as a part-time lecturer in the Department of Architecture and Architectural Engineering at Waseda University (2011-2014, 2016). She is currently a visiting professor at Nagoya Zokei University and similarly at Tama Art University where she teaches the Textile Design Course in the Product Design Department.
She has authored the book “The Textiles of Yoko Ando: Weaving Spaces and Structures” (2015, LIXIL Publishing).

Complete the online entry process as explained below. You will be issued an entry number at the end.

* You will be sent a notification by email once you have completed the entry process. If you use filters to block domain names or spam, make sure ahead of time that your computer and cellphone are set to allow emails from sangetsu-award.jp.

Mail your submission to the following address.

Submit data for your work. Your work must be scaled to W920 mm x H1,850 mm in size. Sangetsu will print an actual size sample of your work.

STEP2
Judging of Presentations(Planned for mid-December in Tokyo)

Each finalist will go before the judges to explain the design concepts of his/her work and answer questions from the judges.

Deadline for submitting Projects (No exceptions)

Contestants that pass the Preliminary Round (finalists) will be individually notified by Sangetsu Secretariat.

Work data submission for Final Round of judging (Finalists only)

You will need one artboard (1 mm or thicker) each in A2, A3 and A4 sizes. Prepare the works and documents described in A thru E, and submit Works [1] and [2] as a single Project. For the documents in B thru E, download and use the respective templates from the competition website. Print the templates in actual size; do not reduce them to fit smaller size paper.

You can download the project templates for B thru E in batch.

You may use any mode of expression.

Designs and patterns (CG, sketch, etc.) must be actual size.

B. Illustration of Imagined Space

Draw a picture (perspective drawing, sketch, etc.) of the space where you imagine pasting your wallpaper.

C. 1/10 Scale Drawing of Your Wallpaper

E. Entry Numbers for Back

These entry numbers are to be glued to the back of Works [1] and [2]. Enter your entry number, cut along the dotted line and attach to works.

The project templates for B thru E can be downloaded in batch. 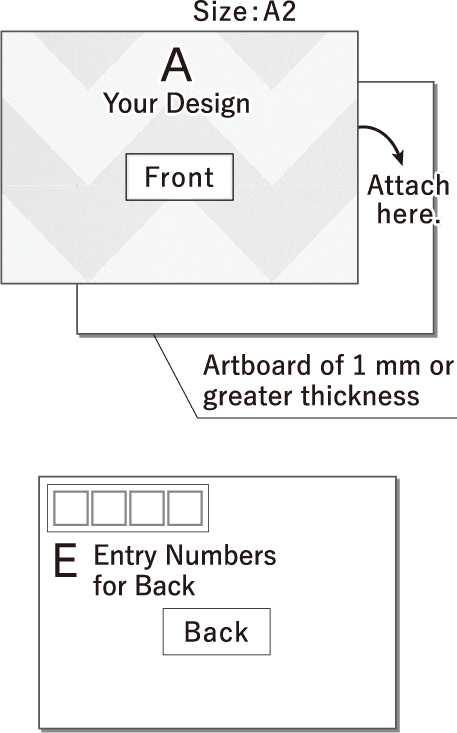 [How to Prepare Works for Submission] 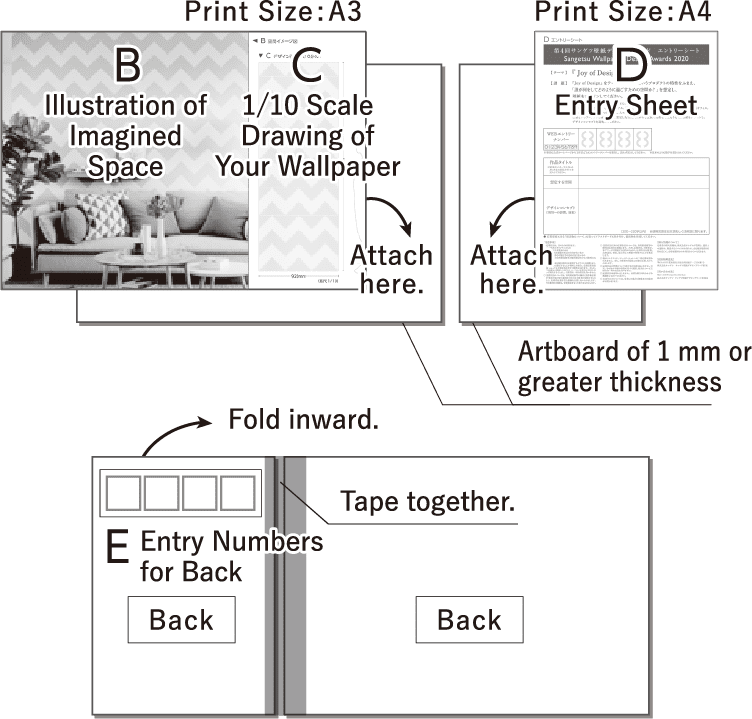 [How to Prepare Works for Submission]

Prepare and submit data of the “C. 1/10 Scale Drawing of Your Wallpaper” that you prepared for the Preliminary Round, for printing in actual size (W920 mm x H1,850 mm) at 72 dpi or higher resolution.
More information will be provided after the finalists have been selected.

Important Reminders about Your Design

The personal information of the applicant shall be managed by Sangetsu Corporation and only be used within the required scope for business communication, sharing event related news or statistical processing. 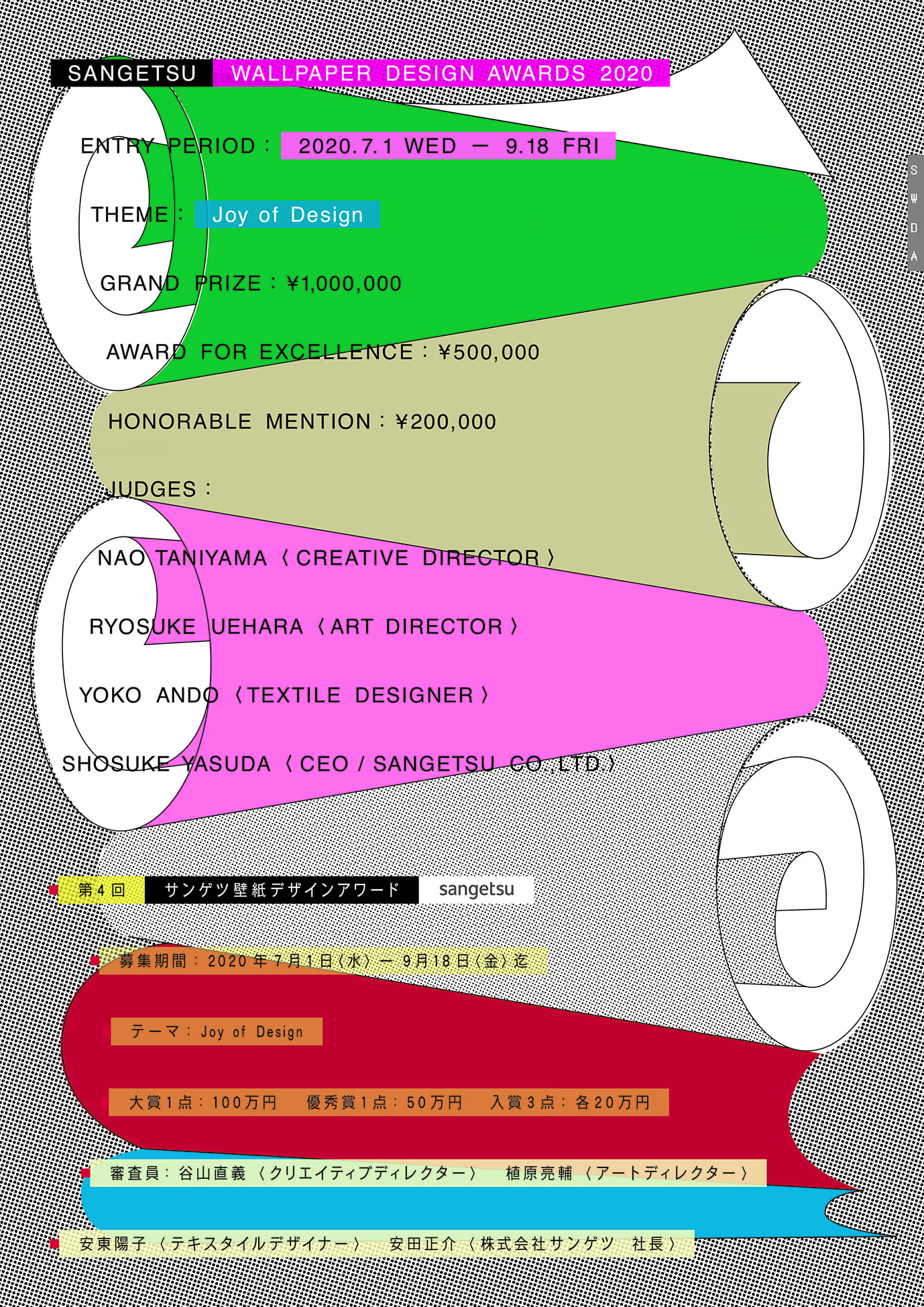