What You Should Do

New sets of values have been arising from social changes, which expands opportunities for our new lifestyle. What is the way of living a good cultural life? What is the position of wallpaper in this respect?

Wallpaper has its potential in playing an important role in our living space. It not just embraces us in the whole of space, but also exhilarates us in an artistic manner.
A small corner of a wall might be symbolic, just the pattern of a wallpaper may be able to create a cozy atmosphere, and its shade may change people's emotions.

Create a wallpaper based on the theme; "Joy of Design".
The design should be on the basis of the consideration of characteristics of the “wallpaper” as a product and “the space that presents the day-to-day activities and various scenes of the life of a person deep in your heart and mind.” 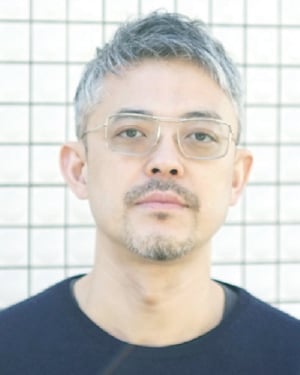 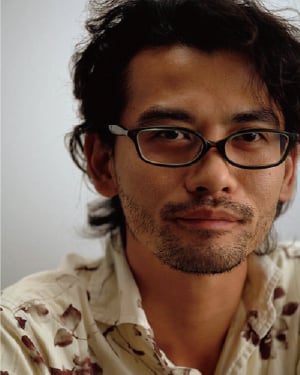 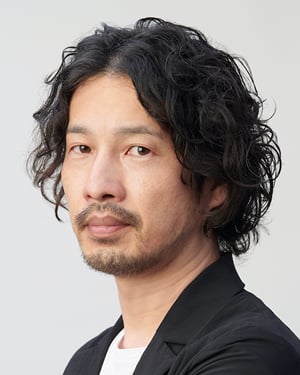 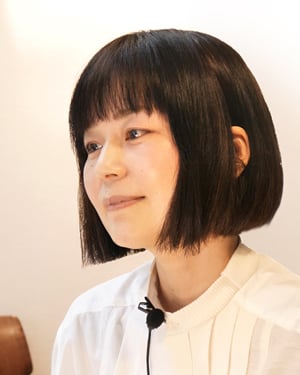 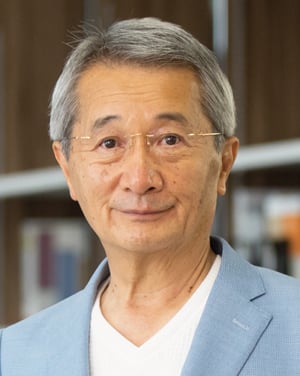 The competition is available to all regardless of the company, organization, individual, group, age, gender, occupation and nationality.

Final Round ：
On the same day that finalists give their Final Round presentations, a ceremony will be held to announce winners and confer awards.
The winners will be announced on the official website.

Ryosuke Uehara was born in Hokkaido in 1972. After graduating in design from Tama Art University, he worked for the graphic design company DRAFT until, in 2012, founding KIGI with long-time collaborator Yoshie Watanabe. Over the years, Uehara has continuously sought new ways to be creative through artwork for businesses and brands, product design and “KIKOF”, a brand he launched in cohort with traditional handicraft artisans in Shiga Prefecture. In 2015, he opened an original shop and gallery called “OUR FAVOURITE SHOP” in Shirokane, Tokyo. Uehara also plans exhibitions and events, and puts a lot of energy into creating “places” for flaunting the imagination. His achievements include the Tokyo ADC Gran Prix, Members’ Award and 11th Kamekura Yusaki Award. In July 2017, he staged a large-scale solo exhibition at the Utsunomiya Museum of Art under the title of “KIGI WORK & FREE”. At the Daichi Art Festival “Hojokishiki” of the Echigo-Tsumari Art Triennale 2018, he presented his work “Standing bar Yoigoma”. Uehara won the ADC Members’ Award in 2019 for a serial project he did with “Yoigoma”. He has won numerous awards, including the Tokyo ADC Gran Prix (2015), 11th Kamekura Yusaki Award, NY ADC GOLD, One Show Design GOLD at home and abroad. Uehara is a member of the Tokyo ADC, JAGDA and AGI.

Yamazaki designed Itoman Gyomin Shokudo constructed by piling Ryukyu limestone with residents in Okinawa, Hakusui Nursery School stair-like building by utilizing a slope, Hospice in Shinfuji filled with common scenery and ambience. He has won many awards in Japan and overseas, including the JIA Architecture Award, AIJ New Architect Award, iF DESIGN AWARD Gold. Yamazaki aims to design buildings that are not sensational but accepted by people from children to older adults as a part of their lives. Yamazaki is a part-time lecturer at Kogakuin University, Tokyo University of Science, Hosei University and Waseda University.

After graduating from Musashino Art University, Department of Scenography and Space Design, Joined Hashimoto yukio design studio, ZAMA designed hotels, stores, wedding halls, etc in Japan and Overseas. ZA DESIGN inc. Is a space design office established in 2018. I want to create a new landscape by pondering what the true richness is and what it should be.

Complete the online entry process as explained below. You will be issued an entry number at the end.

* You will be sent a notification by email once you have completed the entry process. If you use filters to block domain names or spam, make sure ahead of time that your computer and cellphone are set to allow emails from sangetsu-award.jp.

Mail your submission to the following address.

STEP1
Submission of Your Data

STEP2
Presentations(Planned to be held in Tokyo in mid-December.)

First the presentation videos, which are submitted in the STEP 1 data, will be played. Then each finalist will go before the judges to answer questions from the judges.

Deadline for submitting Projects (No exceptions)

Contestants that pass the Preliminary Round (finalists) will be individually notified by Sangetsu Secretariat.

Submission of work data and presentation video (Finalists only)

You will need one artboard (Thickness between 1 mm and 5 mm) each in A2 and A3 sizes. Prepare the works and documents described in A to E, and submit Works [1] and [2] as a single project. For the documents in A, B, C and E, download and use the respective templates from the competition website. Print the templates in actual size; do not reduce them to fit smaller size paper.

You can download the project templates for A, B, C and E in batch.

A. Illustration of Imagined Space

Draw a picture (perspective drawing, sketch, etc.) of the space where you imagine pasting your wallpaper.

Designs and patterns (CG, sketch, etc.) must be actual size.

E. Entry Numbers for Back Side / Checklist

You can download the project templates for A, B, C and E in batch. 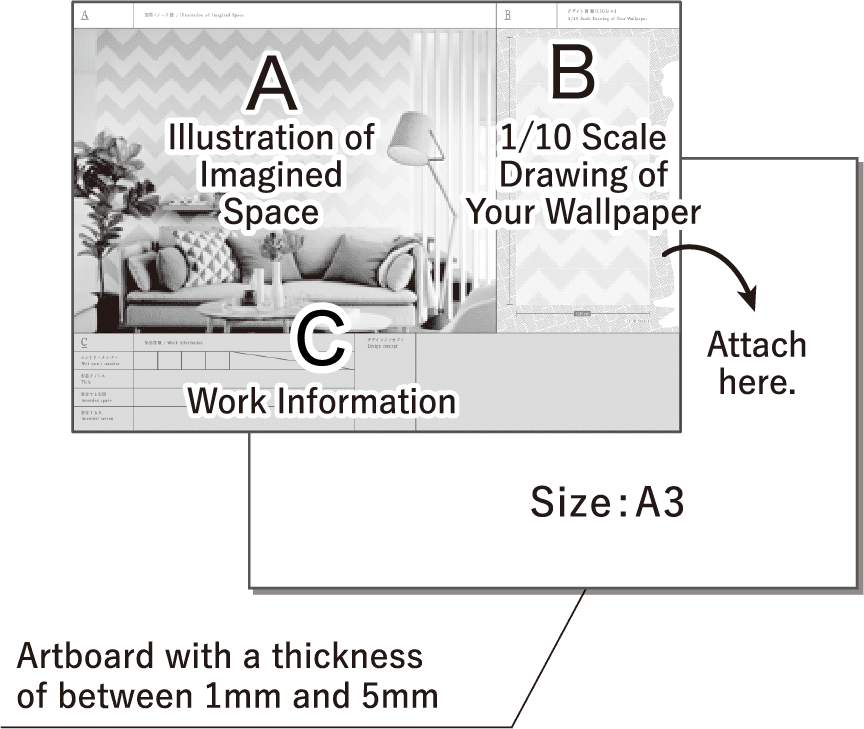 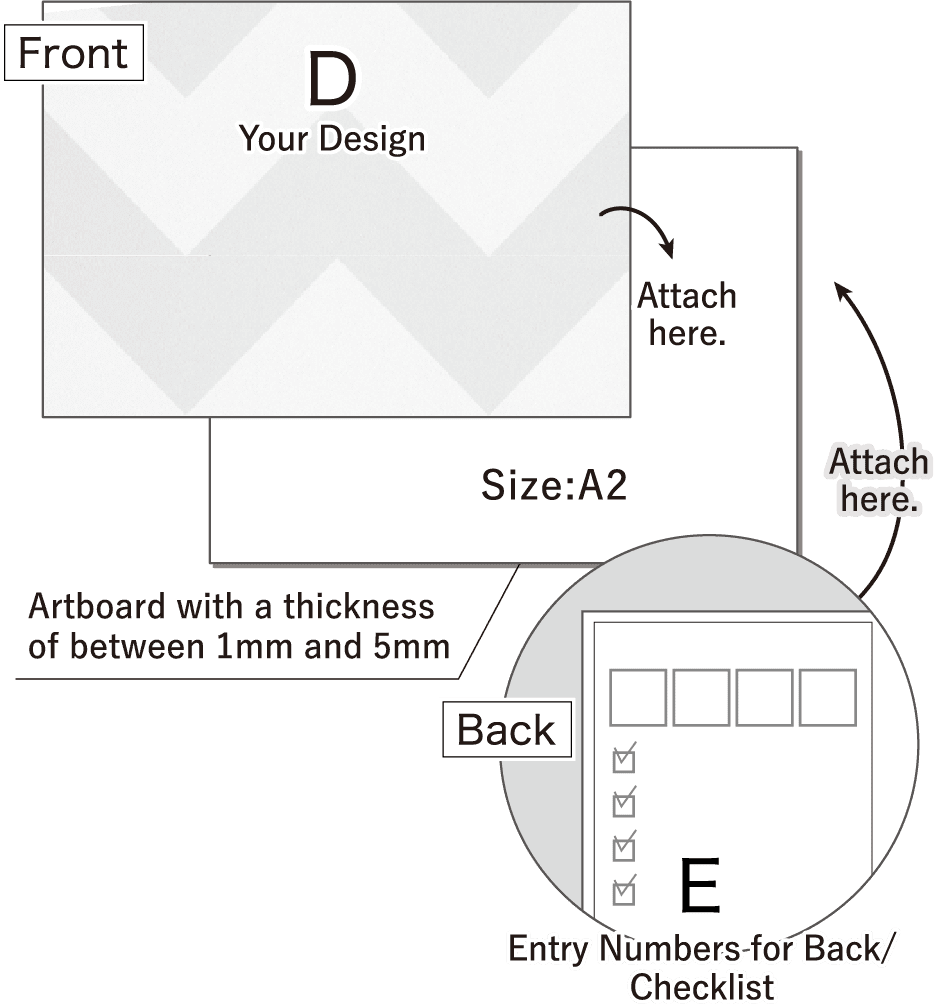 Important Reminders about Your Design

The personal information of the applicant shall be managed by Sangetsu Corporation and only be used within the required scope for business communication, sharing event related news or statistical processing. 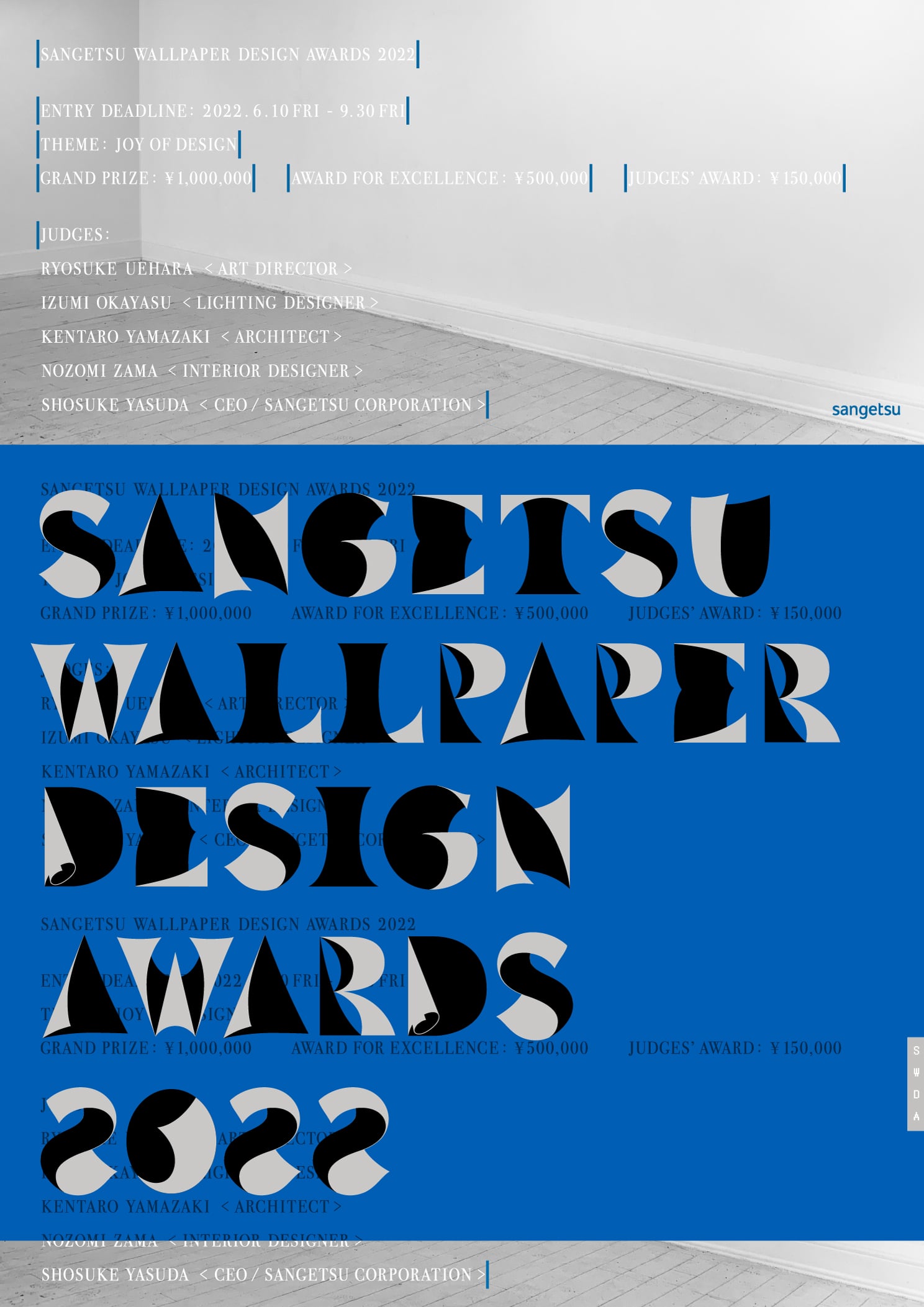